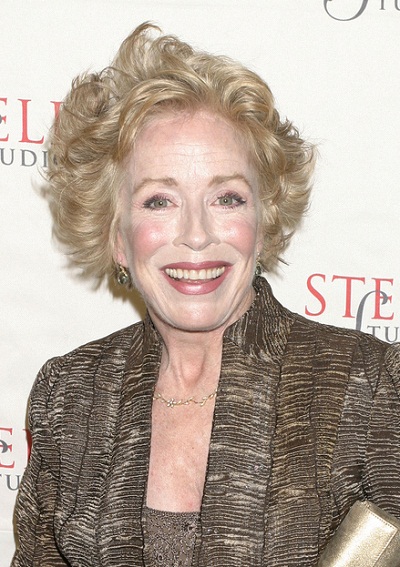 Taylor in 2008, photo by Prphotos.com

Holland Taylor is an American actress and playwright.

Holland is the daughter of Virginia (Davis), a painter, and C. Tracy Taylor, an attorney. Her nephew, her sister’s son, is director, producer, and writer Brad Anderson.

Holland’s paternal grandmother was Florence Bodine (the daughter of George Imlay Bodine, Sr. and Helen L. Cornelius). Florence was born in Pennsylvania. George was the son of John Fort Bodine and Mary Ann Imlay. Helen was the daughter of Robert Cornelius and Harriett/Harriet/Hansel Comly/Comley.