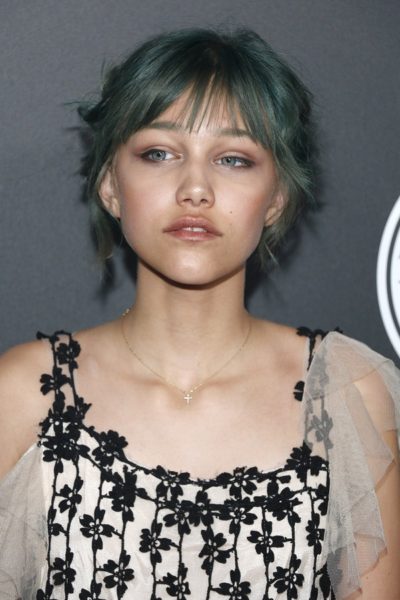 VanderWaal in 2018, photo by Starfrenzy/Bigstock.com

Grace VanderWaal is an American singer, songwriter, and actress. She stars in the Stargirl films. She was the winner of the eleventh season of America’s Got Talent.

Grace is the daughter of Tina and David VanderWaal.

Grace’s patrilineal ancestry can be traced back to her seventeenth great-grandfather, Jan van Driel, of Zwijndrecht, South Holland.

Grace’s paternal grandfather was John Anthony VanderWaal (the son of James Robert VanderWaal and Christine Elizabeth Terlouw). John was born in Missouri. James was of Dutch descent, and was the son of Antonie van der Waal and Dirkje van Zante. Christine was the daughter of John Terlouw, whose own parents, Jan “John” Terlouw and Stijntje Korver, were Dutch emigrants, from Hoogblokland, South Holland and Vinkeveen, Utrecht, respectively; and of a Dutch emigrant mother, Annigje “Anna” Kool, of Hagestein, Utrecht.

Grace’s paternal grandmother is Ackie Ruth Vogelaar (the daughter of Benjamin “Ben” Vogelaar and Gertrude van Ommen). Benjamin was the son of a Dutch emigrant, Teunis Vogelaar, of Sint Anthoniepolder, South Holland, and of Neeltje Akkerman, whose own parents, Jan Akkerman and Anna Ellerbroek, were Dutch emigrants, from Bovenkarspel and Venhuizen, respectively both in North Holland. Gertrude was the daughter of Dutch emigrants, Barend van Ommen and Dirkje Fransen, both of Heerde, Gelderland.

Source: Genealogy of Grace VanderWaal (focusing on her father’s side) – https://www.geni.com