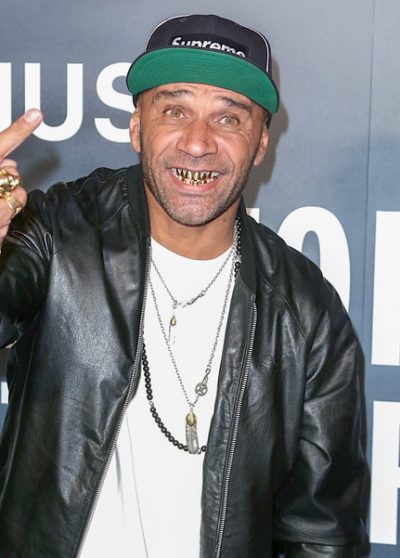 Goldie is a British music producer, DJ, visual artist, and actor. He is also known as Rufige Kru and Metalheadz.

Goldie is of Jamaican [African-Jamaican] and Scottish descent. He was put up for adoption at an early age, and grew up in foster homes.

Goldie is married to Canadian, Mika Wassenaar. He has at least five children, including social content creator Danny Price.