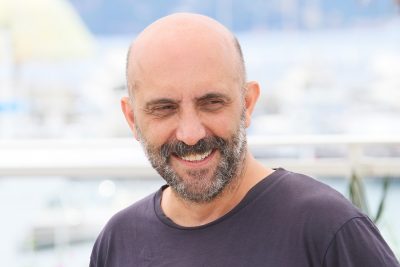 Noé in 2015, photo by Denis Makarenko/Bigstock.com

Gaspar Noé is an Argentine filmmaker. He resides in France, and also has Italian citizenship. He is known for directing the controversial films Carne, I Stand Alone, Irreversible, Enter the Void, Love, and Climax.

He is the son of Nora Ofelia Murphy and painter Luis Felipe Noé. His family moved to France in 1976, because of Argentina’s political situation. Gaspar is married to filmmaker Lucile Hadžihalilović.

Gaspar’s paternal grandfather was Julio Luis Noé (the son of Luis/Luigi Noé and Matilde Inchauspe). Julio was born in Buenos Aires. Luigi was from Italy. Matilde was the daughter of Pierre Inchauspe and Julie Mirabail, who were Basques from France.

Gaspar’s maternal grandfather was Patricio José Murphy (the son of Bernard Murphy and Elizabeth “Isabel” Geoghegan). Patricio was born in Buenos Aires, to Irish parents. Bernard was the son of William Murphy and Mary Moran, who were from County Longford. Isabel was the daughter of William Geoghegan and Catalina “Carol,” who were from County Offaly.