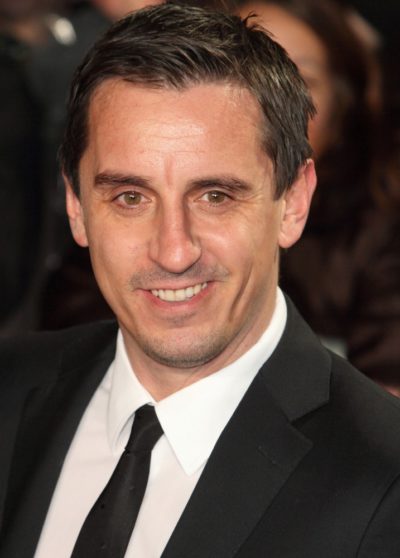 Gary Neville is an English coach, footballer, and television pundit. He is the older brother of twin siblings, football coach and former player Phil Neville and Tracey Neville, a coach and retired netball player.

Gary is the son of Jill E. (Harper) and Neville Neville, a cricketer.

Gary’s paternal grandparents were Alexander Neville (the son of parents whose surnames were Neville and Dalley) and Hilda Gilliard (the daughter of William A. Gilliard and Annie Whalley). Dalley is a surname of Irish origin.