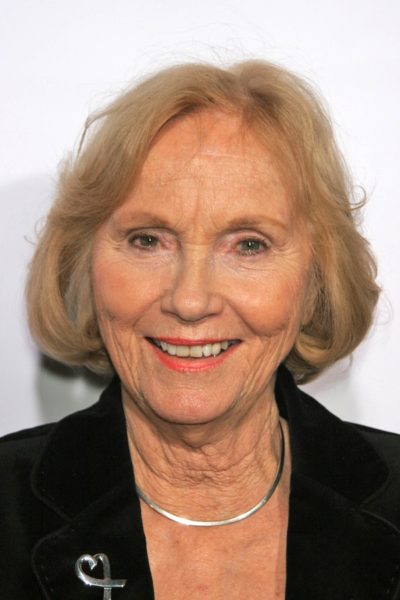 Eva Marie Saint is an American actress and producer. She won the Academy Award for Best Supporting Actress for On the Waterfront (1954).

Eva is the daughter of Eva Marie (Rice) and John Merle Saint. She was married to producer and director Jeffrey Hayden, until his death, with whom she has two children.

Eva’s paternal grandfather was John Quincy Saint (the son of Jonathan E. Saint and Emily Grace Johnson). John was born in Indiana. Jonathan was the son of William Saint and Ashah Elliot. Emily was the daughter of James Johnson and Mary Foster.