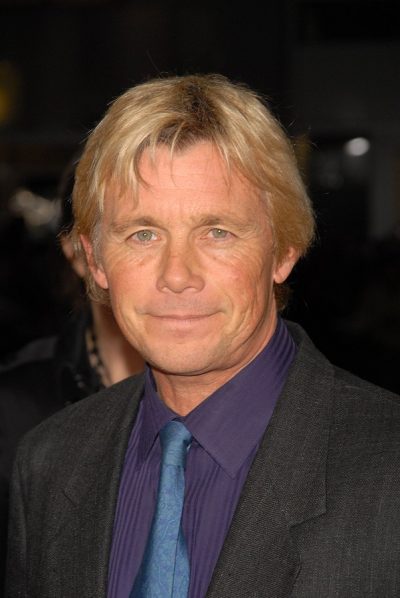 Atkins in 2010, photo by s_bukley/Bigstock.com

Christopher Atkins is an American actor. He is known for starring in the films The Blue Lagoon (1980), The Pirate Movie, and A Night in Heaven, and for his role on the show Dallas.

Christopher has two children with his former wife, Lyn Barron Weber, who is from Australia.

Christopher’s paternal grandfather was Donald Bomann (the son of George Atkins Bomann and Maria/Marie/May Celia Loizeaux). Donald was born in New Jersey. George was the son of Joseph R. Bomann, who was Norwegian, from Halden, Østfold, and of Mary Emma Burns. Christopher’s great-grandmother Marie was the daughter of Paul Jacob William Loizeaux, who was French, from Lemé, Aisne, Picardie, and of Celia Adelaide Sanderson, whose father was Irish and mother was English.

Christopher’s paternal grandmother was Janet Jordan O’Ryan (the daughter of John Francis O’Ryan and Jeannette/Janet Florence Holmes). Christopher’s grandmother Janet was born in New York. Christopher’s great-grandfather John F. O’Ryan was a Manhattan attorney, politician, government official, and military officer, who served as commander of the 27th Division during WWI, and was a member of the New York State Transit Commission, and New York City Police Commissioner. He was the son of Francis O’Ryan, who was Irish, and of Anna Jane Barry, who was also of Irish heritage. Christopher’s great-grandmother Jeannette was the daughter of John Funnell Holmes, Jr. and Elizabeth Jordan, whose parents were Irish.

Christopher’s maternal grandmother was Mary Elizabeth Bailey (the daughter of Raymond Westerman Bailey and Martha Edna Maxwell). Mary was born in Pennsylvania. Raymond was the son of Charles Augustus Bailey and Abbie Lillian Badger. Martha was the daughter of Marlette Maxwell and Elizabeth Aldora Thurston.

Sources: Genealogies of Christopher Atkins (focusing on his father’s side) – https://familypedia.fandom.com
https://www.geni.com