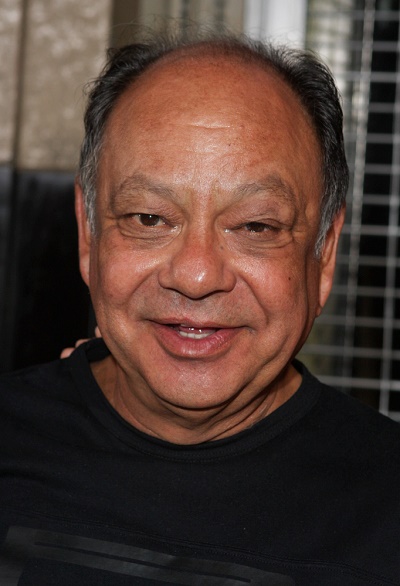 Cheech Marin is an American actor, comedian, writer, and activist. His parents were both of Mexican descent. He is known for starring with Tommy Chong in a series of comedies, including Up In Smoke (1978).

His nickname, “Cheech”, is short for chicharron, a fried pork skin that is a snack and ingredient in Mexican cuisine.

Cheech is married to pianist Natasha Rubin. He has three children, one with his first wife, producer Darlene Morley, and two with his second wife, artist Patti Heid.

Cheech’s paternal grandfather was Victor Emiliano/Emanuel Marin (the son of Jesús Marin and Felipa Mora). Victor was Mexican. Jesús was the son of Francisco Marin and Josefa Lujan. Felipa was the daughter of Gregorio Mora and Susana Porras.