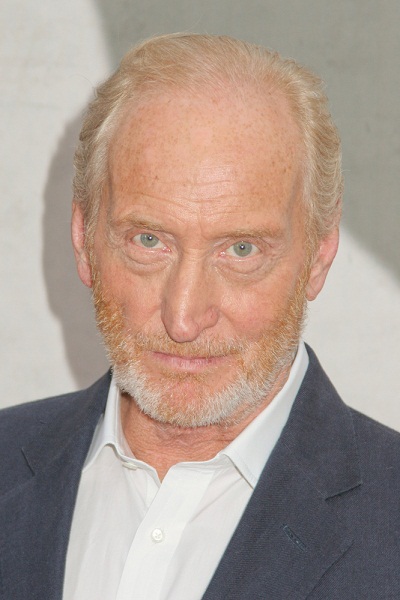 Ethnicity: English, some Irish, as well as 1/32 Belgian

Charles Dance is an English actor, screenwriter, and director. He is known for his portrayal of Tywin Lannister in HBO’s Game of Thrones, among many other roles over decades of work.

Charles was born in Redditch, Worcestershire, the son of Eleanor Marion (Perks), a cook, and Walter Dance, an engineer. His father served as a sergeant in the 2nd Regular Battalion of the Royal Fusiliers during the Second Boer War in South Africa.

Charles’s paternal grandfather was Walter Dance (the son of John Charles Dance and Emma Eade). Charles’s grandfather Walter was born in Kensington, London, England. John was the son of James Dance and Gertrude Briant. Emma was the daughter of John Eade and Sarah Jane Pratt.

Charles’s paternal grandmother was named May Kane. May was born in Ireland.

Charles’s maternal grandmother was Marion Elizabeth Gold (the daughter of George Futvoye Gold and Elizabeth Jane Gooch). Marion was born in Hackney, London, England. George was the son of George Gold, from Warwickshire, and of Emma Futvoye, from Middlesex. Emma’s father, Charles François/Francis Futvoye, was of Belgian origin, with roots in Spa, Liège, and was a pioneer in the art of Japanning. Charles’s great-grandmother Elizabeth Gooch was the daughter of Charles Henry Gooch, from Suffolk, and of Elizabeth, from Hertfordshire.