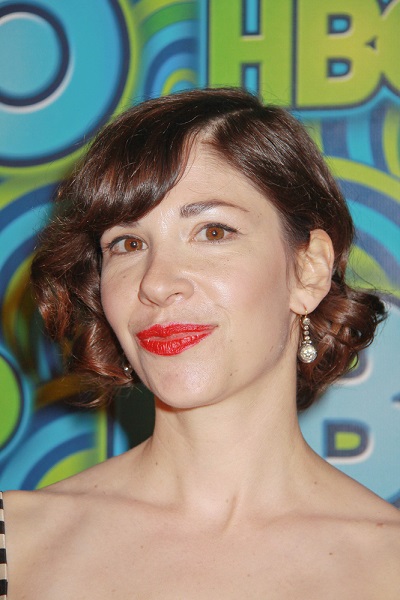 Brownstein in 2013, photo by Prphotos.com

Carrie Brownstein is an American musician (a guitarist and vocalist for Sleater-Kinney), as well as an actress, writer, director, and comedian.

Her parents were both Jewish.

Carrie’s paternal grandfather was Stanley Brownstein (the son of Simon William Brownstein and Anna Cotsin/Kotzen/Katzen). Stanley was born in Illinois, to Jewish parents from Brest, Belarus.

Carrie’s paternal grandmother was Ruth Lerner (the daughter of Louis Lerner and Sophia/Sophie Fosole/Fasola). Ruth was born in Illinois, to Jewish parents from Russia. Louis was the son of Irving Lerner and Ida. Sophia was the daughter of Harry Fasolia.

Sources: Genealogy of Carrie’s father (focusing on his mother’s side) – https://www.geni.com