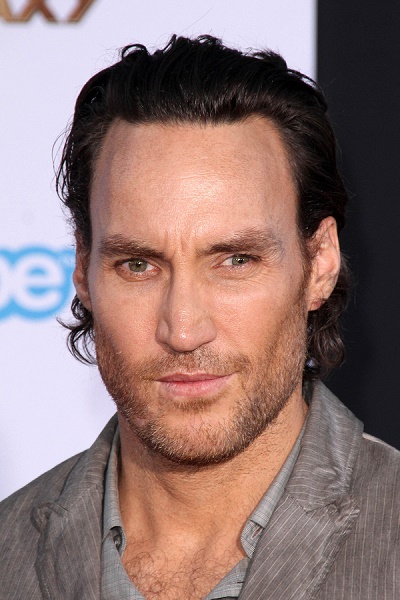 Mulvey in 2014, photo by kathclick/Bigstock.com

Callan Mulvey is a New Zealand-born Australian actor. He is known for his role in the film 300: Rise of an Empire (2014), among many others.

Callan is the son of Christine and Thomas Tam Mulvey. He is married to academic Rachel Thomas, with whom he has a son.

Callan’s paternal grandfather was Gregory John Mulvey (the son of Dennis Mulvey and Margaret Alacoque Connor). Dennis was the son of Thomas Mulvey and Hanoria/Honoria “Norah” Ryan, who were of Irish origin. Margaret was the daughter of John Joseph Connor, Jr., who was born in Sydney, to Irish parents, and of Justina Mary Power, who was born in Plymouth, England, and likely was of Irish origin.

Callan’s paternal grandmother was Doris Watson Hawke (the daughter of John Martin Hawke and Winifred Frazer). John was a soldier who died in WWI, while Winifred was pregnant with Doris. John was the son of William Hawke and Francis Hunton, who were from Yorkshire, England. Winifred was the daughter of William Frazer, who was of Scottish origin, and of Jessie Milne, who was Scottish.

Callan’s maternal grandmother was Matilda “Tilly” Boyce (the daughter of John Edward Boyce and Regina Maria Te Hau Te Wake). Matilda was born in Auckland, New Zealand, and was of about half Māori and half English descent. John was the son of Edward/Haupokia Alexander Boyce, whose father was English and whose mother was Māori, and of Sarah Jane Beasley/Beazley, whose father was also English, and whose mother was of English and Māori descent. Callan’s great-grandmother Regina was the daughter of Benjamin Te Hau Te Wake, who was of three quarters Māori and one quarter Colonial American, English, ancestry; and of Heeni “Janie”/Jane Howard/Hoard, who was of half English and half Māori descent. Benjamin and Heeni were first cousins. Benjamin’s grandfather was William Hoard aka Pire Hoa, a deserter from an American whaling ship. He came from Vermont, U.S., and married Benjamin’s grandmother Te Oki Mahu, a Māori.

Genealogy of Callan Mulvey (focusing on his mother’s side) – https://www.ancestry.co.uk

Photo of some of Callan’s maternal ancestors – http://photos.geni.com