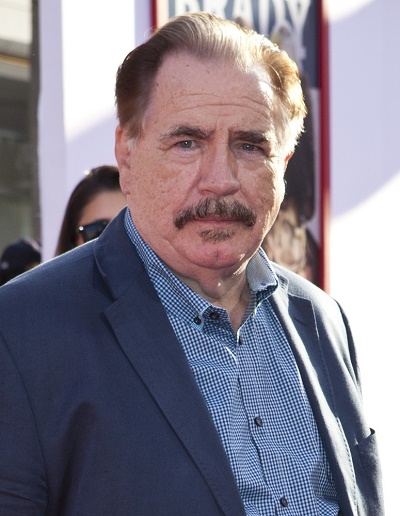 Brian Cox is a Scottish actor and author. His roles include the films Manhunter, Rob Roy (1995), The Boxer, Nuremberg, L.I.E., The Bourne Identity, The Ring, Adaptation., X2, Red Eye, and Coriolanus, the show Succession, and a multitude of acclaimed stage performances.

Brian is the son of Mary Ann Guillerline (McCann), a spinner who worked in the jute mills, and Charles McArdle Campbell Cox, a police officer and shopkeeper. His father was of Irish descent. His mother was of Irish and Scottish ancestry. Brian was raised Catholic.

Brian is married to actress Nicole Ansari. He has two children, including actor Alan Cox, with his former wife Caroline Burt; and two children with Nicole. Alan starred in the film Young Sherlock Holmes.

Brian’s paternal grandfather was Hugh Cox (the son of Bernard Cox and Bridget Boylan). Bernard was from Fermanagh, Ireland, the son of Hugh Cox and Susan. Bridget was from Monaghan, Ireland, the daughter of Francis Boylan and Margaret Coogan.

Brian’s paternal grandmother was Elizabeth McArdle (the daughter of James McArdle and Ann Campbell). James and Ann were Irish.

Brian’s maternal grandmother was Elizabeth Heard/Herd (the daughter of Robert Heard and Catherine Walker). Robert and Catherine were Scottish, Robert from Roxburghshire and Catherine from Dumfrieshire. Robert was the son of James Heard and Janet Ormston.