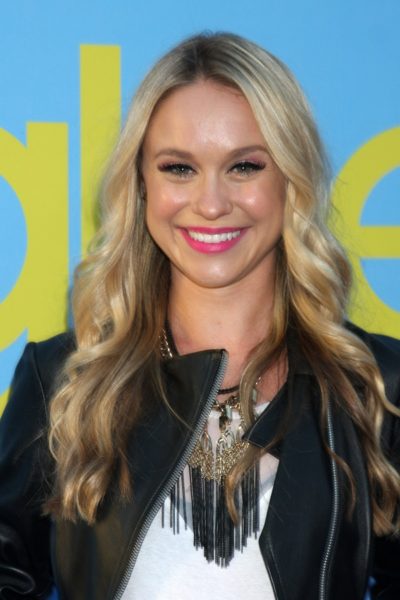 Tobin in 2012, photo by kathclick/Bigstock.com

Becca Tobin is an American actress, singer, and dancer. She is known for her role as Kitty Wilde on the television show Glee.

Her father is Jewish, and Becca has stated that the family celebrates both Christmas and Hanukkah.

Becca’s paternal grandfather was David Leroy Tobin (the son of Charles Saul Tobin and Relietta Granat). Charles was the son of Russian Jewish parents, Samuel H. Tobin and Annie Hyman. Relietta was the daughter of David Granat and Malvina Bergida, who was a Hungarian Jew.

Becca’s maternal grandfather was Theodore Q. “Ted” Griffin (the son of Albert Griffin and Julia Grace Baugh). Ted was born in Los Angeles, California. Julia was the daughter of Theodore George Baugh, who was Austrian, and of Dora Grace.

Becca’s maternal grandmother was Roberta Cecilia Toop (the daughter of Rodger Toop and Loretta Lynch). Rodger was the son of English parents, Frank William Toop and Annie Tetlow. Loretta was the daughter of Irish parents, Philip Lynch and Catherine Connor.