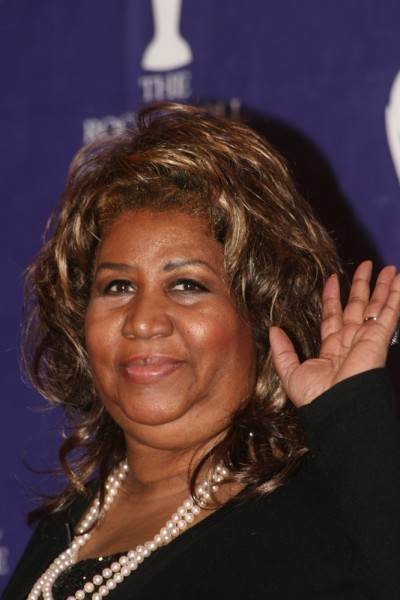 Franklin in 2007, photo by Prphotos.com

Aretha Franklin, known as “the Queen of Soul,” was an American singer, songwriter, pianist, and actress.

She was the daughter of Barbara Siggers Franklin (born Barbara Vernice Siggers), a gospel singer, and The Rev. C. L. Franklin (born Clarence LaVaughn Walker), a Baptist minister and civil rights activist. Her father served as the pastor of the New Bethel Baptist Church for over thirty years, and was known as the man with the “Million-Dollar Voice.” Among her siblings were musicians/singers Erma Franklin and Carolyn Franklin. The family surname is from Aretha’s step-grandfather, Henry Franklin.

A picture of Aretha’s parents can be seen here.

Aretha’s paternal grandmother was Rachel Pittman (the daughter of Elijah J. Pittman and Willie Ann Marshall). Rachel was born in Mississippi. Elijah was a preacher, and was the son of Maa Pittman and Betty.

Aretha’s maternal grandfather was Semial/Samuel Siggers (the son of Lorenzo/Lorenzy R. “Georgie” Siggers and Evaline Byrd). Semial was born in Mississippi. Evaline was the daughter of Stephen Byrd and Patience.

Aretha’s maternal grandmother was named Clara Bell Lowe (the daughter of Robert Earnest Lowe and Josephine). Clara was born in Mississippi. Robert was the son of Mingo Lowe and Morning Jewel Clay.

Genealogy of Aretha Franklin (focusing on her father’s side) – http://www.wargs.com