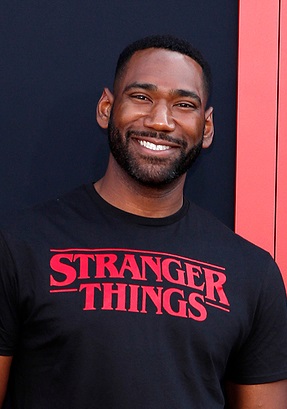 Alabi in 2019, photo by kathclick/Bigstock.com

Anthony Alabi is an American actor and professional football player. He has played as an offensive tackle for the Miami Dolphins. He is known for his role on Netflix series Family Reunion, among other television roles.

His father is Nigerian, likely with Yoruba roots. His mother was from Puerto Rico. He is said to be a cousin of American football player N. D. Kalu. Anthony is married to Pilates instructor, Caroline, with whom he has two children.