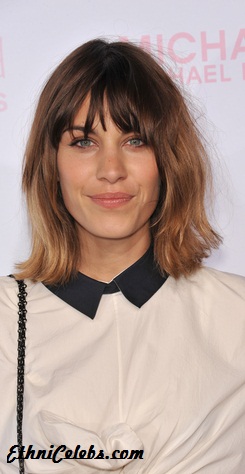 Alexa Chung is a British television presenter, model, internet personality, writer, and fashion designer. Her father is of three quarters Chinese and one quarter English descent, and her mother is of Scottish and English ancestry.

Alexa’s paternal grandmother was Constance A. Chinn (the daughter of Chan Muk Chinn and Maria Rodgers). Chan was Chinese. Maria was caucasian, the daughter of Thomas M. Rogers and Margaret Morrison.

Genealogy of Alexa Chung (focusing on her father’s side) – http://www.geni.com