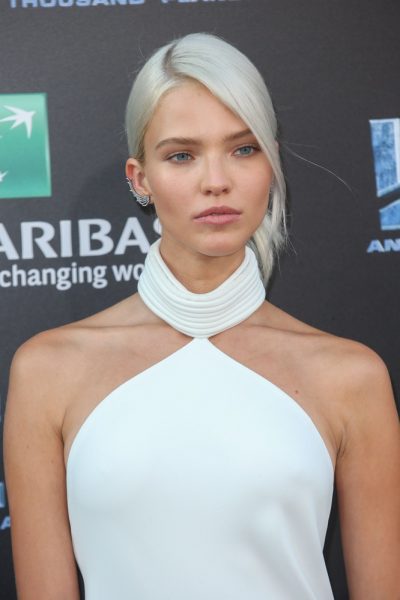 Sasha Luss (Саша Лусс), full name Alexandra Alexeyevna Luss (Александра Алексеевна Лусс), is a Russian supermodel and actress. She was born in Magadan, in the Northeast Siberian taiga, and raised in Moscow. She stars in the film Anna (2019), and also appeared in Valerian and the City of a Thousand Planets (2017).