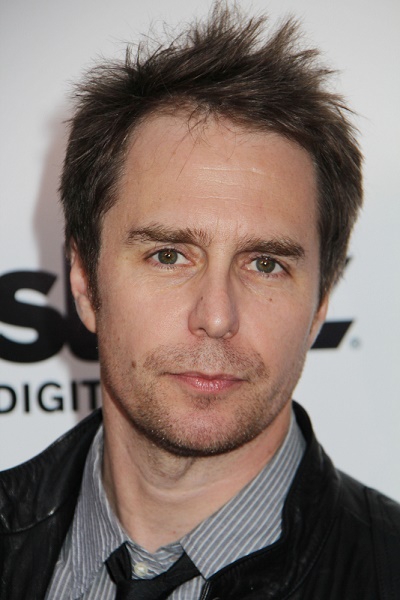 Rockwell in 2014, photo by Prphotos

Sam Rockwell is an American actor. He won the Academy Award for Best Supporting Actor for Three Billboards Outside Ebbing, Missouri (2017). His roles also include The Green Mile, Confessions of a Dangerous Mind, Matchstick Men, The Hitchhiker’s Guide to the Galaxy, Frost/Nixon, Moon, Iron Man 2, The Way, Way Back, Vice, Galaxy Quest, Fosse/Verdon, Jojo Rabbit, Richard Jewell, and The One and Only Ivan.

He is the son of actors Penny Hess (Penelope Ann Hess) and Pete Rockwell (Peter J. Rockwell). He was raised between San Francisco with his father and New York City with his mother.

Sam’s patrilineal line can be traced to William Rockwell, who was born, c. 1591, in Fitzhead, Somersetshire, England, and to his wife, Susanna Capen. They arrived in New England in 1630.

Sam’s maternal grandfather was Chester Edward Hess (the son of John A. Hess and Katie Honold/Honald). Chester was born in Virginia. At one point, he took on the surname of his stepfather, Harry King, being as known as Chester E. King. John was born in Pennsylvania. Katie was born in New Jersey, to German parents, whose names likely were John Honold/Honald and Barbara Borst.

Sam’s maternal grandmother was Elizabeth Jane/Jean “Betty” Moore (the daughter of William B./D. Moore and Ruth Minnie Johnson). Sam’s grandmother Betty had also acted, and was a drama teacher. She was born in California, the daughter of parents from Ohio. William was the son of Thomas B. Moore and Rebecca Bauchey. Ruth was the daughter of Whittaker/Whitacre Johnson and Caroline Rosina Hachtel, whose own parents, William George Hachtel and Catherine/Katheren Goeler, were from Baden-Württemberg, Germany.

Genealogy of Sam Rockwell (focusing on his father’s side) – https://www.wikitree.com