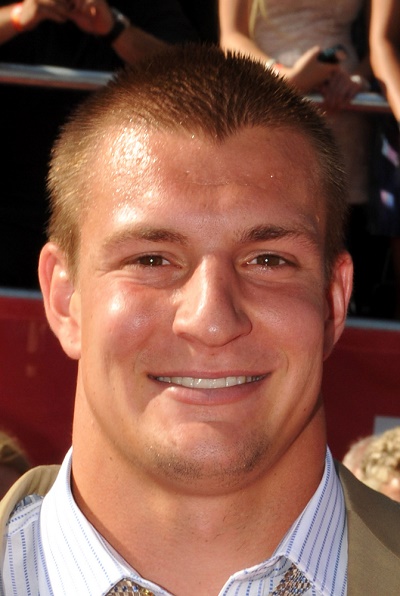 Gronkowski in 2012, photo by Prphotos.com

Ethnicity: Polish (at least 37.5%), some German and Swedish, possibly other

Rob Gronkowski is an American professional football player, and actor. He is nicknamed “Gronk.”

He is the son of Diane (re-marrage surname Walters) and Gordon Gronkowski. His father is of three quarters Polish descent. Rob was raised in Williamsville.

Rob’s paternal grandmother was Irene L. Popiela/Papiela (the daughter of Stanislaus/Stanley Popiela/Papiela and Clara G. Anderson). Irene was born in New York. Stanislaus was born in New York, the son of Polish parents, Michael/Michal Popiela and Josephine Nowak. Clara was the daughter of Charles F. Anderson, who was of Swedish origin, and of Elizabeth, who was German.

Sources: Genealogy of Rob Gronkowski (focusing on his father’s side) – https://www.geni.com