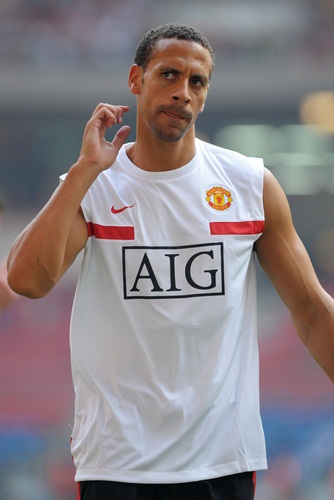 Rio Ferdinand is a British professional footballer and television pundit.

Rio is the son of Janice (Lavender) and Julian Ferdinand. His father is of Saint Lucian descent. His mother is of Irish descent. Rio was married to Rebecca Ellison, until her death. The couple has three children.

A picture of Rio’s father can be seen here.

The majority of the population of Saint Lucia are descendants of African slaves, with a minority made up of people of mixed Indian, European, and African descent.

Rio’s brother, Anton Ferdinand, is a professional footballer. Rio is also a cousin of Les Ferdinand, who was capped 17 times by the England national team, and of Kane Ferdinand, who represented Ireland at the youth level.