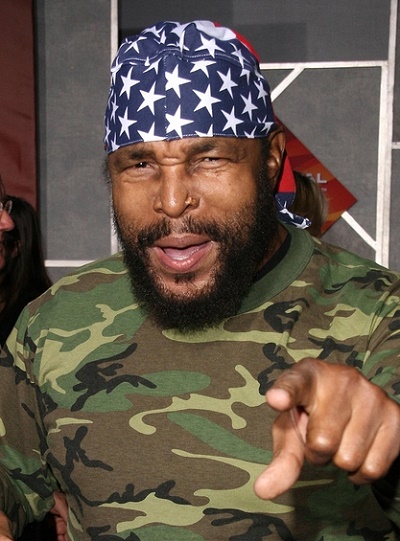 His parents, Lonnie (Brown) and Nathaniel B. Tureaud, were/are both black. His father is of Louisiana Creole descent. Mr. T has three children, including a comedian daughter.

He is a born-again Christian.

Mr. T’s paternal grandfather was William/Willie Tureaud (the son of Edward Tureaud and Eugenie Theandeaux). William was born in Louisiana.

Mr. T’s maternal grandfather was Ben Brown (the son of Steven Brown and Eliza Washington). Ben was born in Louisiana.

Mr. T’s maternal grandmother was Betty/Betsy Miller (the daughter of Ellis/Killis Miller and Jane Wallis). Betty was born in Louisiana.