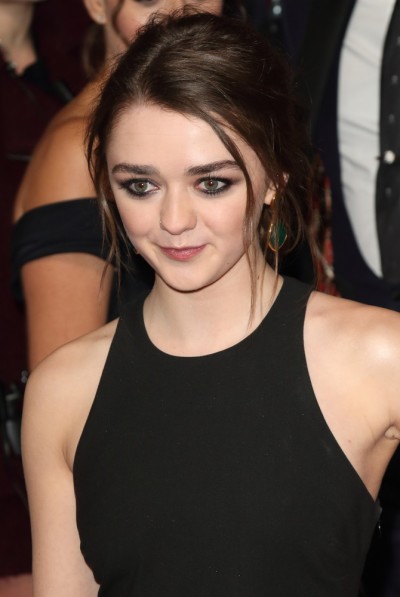 Williams in 2016, photo by Prphotos

Maisie Williams is an English actress. She is known for her role as Arya Stark on Game of Thrones, as well as for the films The Falling, iBoy, Mary Shelley, The New Mutants, and The Owners, and the series Two Weeks to Live and Pistol.