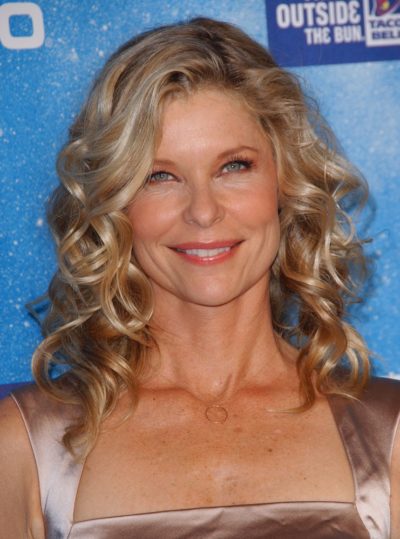 Vernon in 2009, photo by Prphotos.com

Kate Vernon is a Canadian actress.

Kate is the daughter of Nancy (West) and actor John Vernon (born Adolphus Raymondus Vernon Agopsowicz). Kate’s sister is actress and singer Nan Vernon. Her family moved to California, U.S., when she was seven years old.

Kate’s father’s family hailed from the Bukovina region in Austria-Hungary, and had Polish and German roots. Some sources also state that the “Agopsowicz” family had origins in Armenia. Kate’s mother had English, and possibly other, ancestry.

Kate’s paternal grandfather was Adolf Anton Agopsowicz (the son of Johann Peter Agopsowicz and Emilia Regina Citron). Adolf was born in Franks Lake, Arat District, Northwest Territories, now Saskatchewan, to parents who were born in the Bukovina region of Austria-Hungary, and were of Polish and German descent, respectively. Johann was the son of Peter Andreas Agopsowicz and Katharina Paszkowski. Emilia was the daughter of Martin Citron/Zitron and Emilie/Emilia Zimmer.

Kate’s paternal grandmother was Eleonore/Eleonora “Nora” Krückel/Kriekel (the daughter of Raimund Kriekel and Leontine/Leontina Zurowski). Raimund and Leontine were born in the Bukovina region of Austria-Hungary, and had Polish and German roots. Leontine was the daughter of Johann “Hansi” Zurowski and Theresia Harst.