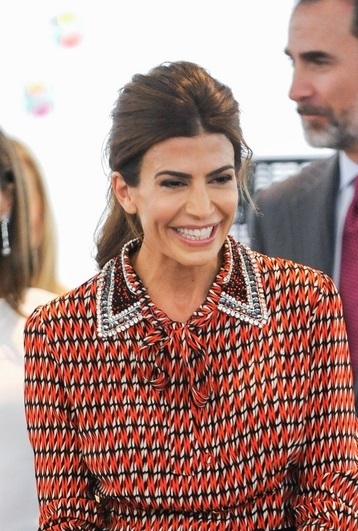 Juliana Awada is an Argentine businessperson. She served as the First Lady of Argentina, from 2015 to 2019, as the wife of Mauricio Macri, who is the President of Argentina.

Juliana’s father, Ibrahim/Abraham Awada, an entrepreneur, is a Lebanese Muslim, from Baalbek, Baalbek-Hermel, who moved to Argentina with his family when he was three. Juliana’s mother, Elsa Esther “Pomi” Baker, is of Syrian descent. Her brother is actor Alejandro Awada.

Juliana’s maternal grandparents had the surnames Baker and Yessi.