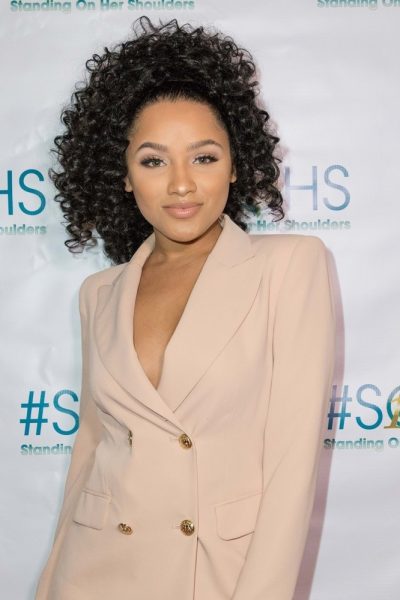 Jaylen Barron is an American actress. She is known for her role on the series Free Rein.

Yeah, my mom’s Mexican and my dad’s black. I feel like a lot of Hispanics who are mixed with black, they never want to claim the black part… When it came to the Mexican community, I wasn’t Mexican enough because my hair wasn’t straight and it was curly. Obviously, I was half black—but at the end the day you’re just an Afro-Latina, a black Mexican, that’s what you are. Fortunately, my mom always made me really proud to be black and Mexican, even though she’s a really fair-skinned Mexican… I just get really upset when I see Latinx people not claim their blackness, because literally it’s just like a boat stop… That’s the only thing that separates you from another black person.