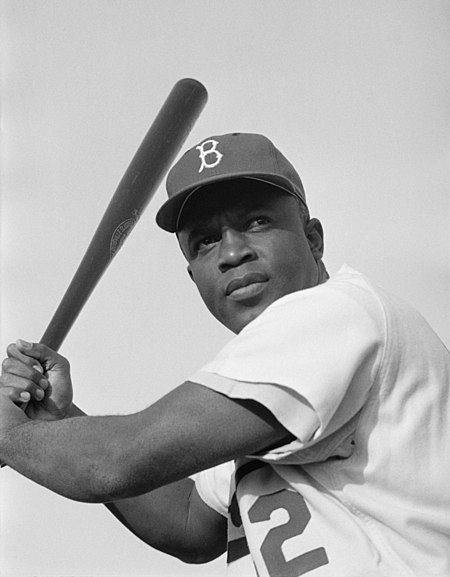 Jackie Robinson was an American Major League Baseball (MLB) second baseman. He was the first African-American to play in the major leagues in the modern era.

He was the son of Mallie (McGriff) and Jerry Robinson. His middle name, Roosevelt, was after President Theodore Roosevelt, who died a few weeks before Jackie’s birth. Jackie was married to nurse Rachel Robinson, until his death, with whom he had three children.

Jackie’s paternal grandfather was Anthony Robinson (the son of Nelson Robinson and Priscilla Murry). Anthony was born in Florida.

Jackie’s paternal grandmother was Florence Hays (the daughter of Clara). Florence was born in Georgia.

Genealogy of Jackie Robinson (focusing on his mother’s side) – http://www.findagrave.com