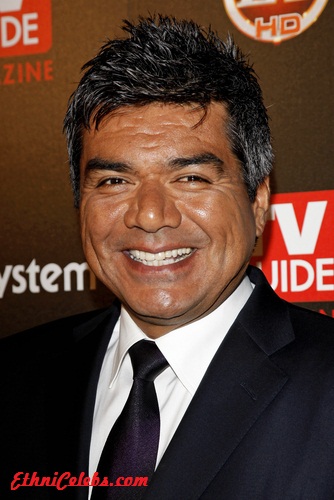 George Lopez is an American comedian, actor, and television personality. He was the host of the show Lopez Tonight from 2009 to 2011.

His father, Anatasio Lopez, was a Mexican emigrant, from Nayarit. His mother, Frieda, was born in Los Angeles, of Mexican descent. George has a daughter, actress Mayan Lopez, with his former wife Ann Serrano.

George’s maternal grandfather was John Hernandez (the son of Pedro Hernandez and Raphaela Vargas). John was born in California, to parents from Leon, Guanajuato, Mexico.

A DNA test whose results were displayed on the show Lopez Tonight (2009) stated that George’s genetic ancestry is:

The exact accuracy of the DNA tests on Lopez Tonight has been questioned by genealogist Megan Smolenyak Smolenyak.