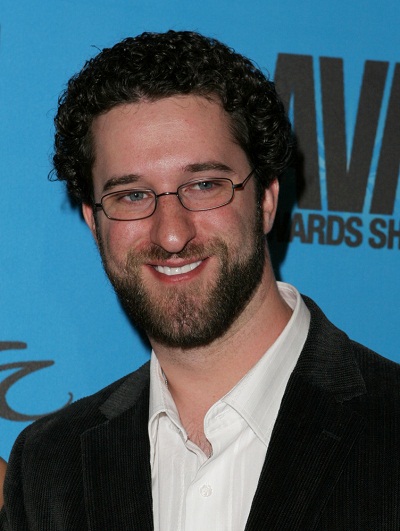 Diamond in 2007, photo by Prphotos.com

Dustin Diamond was an American actor, director, stand-up comedian, musician, and professional wrestler. He is known for playing Samuel “Screech” Powers on the series Saved by the Bell.

Dustin was the son of Jaimee and Mark Diamond.

Dustin’s maternal grandfather was James Deane Stemer (born James Deane Robbins, the son of Alfred James Stanley Wilson Robbins and Ethel Mae Deane). James was born in California. He took on the surname of his stepfather, Louis Stemer. Alfred was born in California, to English parents, John William Robbins and Elizabeth. Ethel was the daughter of William Deane and Charlotte Jeanette Harrold.

Dustin’s maternal grandmother was Cecyl/Cecile Paulyne Parham (the daughter of Claud/Claude Cecil Parham and Ona Molena Rodgers). Cecyl was born in Oklahoma. Claud was born in Arkansas, the son of William D. Parham and Emma Eugenia Wetzel. Ona was the daughter of Jesse Edgar Rodgers and Frances Jane Bingham. Dustin’s great-grandfather Claud was listed as “Indian” on U.S. Censuses, with his own father listed as “white” and his own mother listed “Indian” or “1/32 Cherokee.”

Genealogies of Dustin Diamond (focusing on his mother’s side) – https://www.geni.com
https://www.wikitree.com