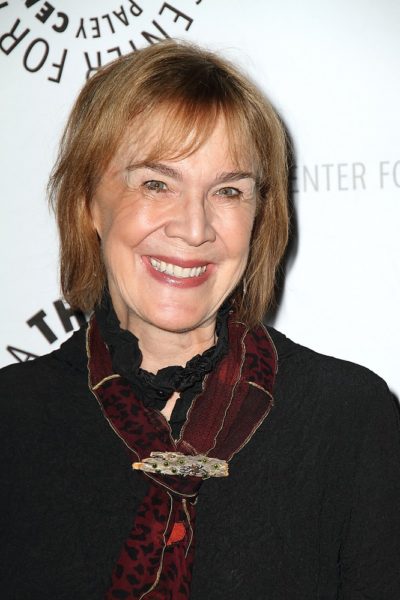 Catherine E. Coulson was an American stage and screen actress.

Catherine was a convert to Judaism. Her daughter is a rabbi.

Catherine’s maternal grandmother was Elizabeth Gilly/Jilly (the daughter of Alois Jilly and Adele/Adelle Nagy). Adele was the daughter of Louis Nagy.