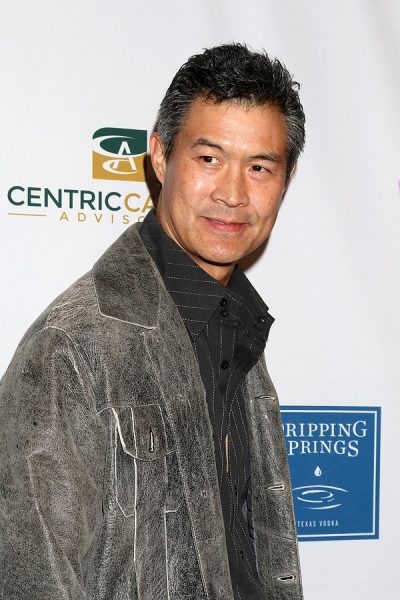 Locke in 2017, photo by Joe Seer/Bigstock.com

Bruce Locke is an American actor and producer.

He is married to Arlinda.

Although I’m Chinese-American, I grew up with a lot of the Japanese-Americans that lived this story [“Snow Falling on Cedars”]. My friends’ parents and grandparents were the ones at the camps. My family is intermarried with Japanese-Americans. So I have relatives, through marriage, that had this experience.

Bruce’s paternal grandfather was Frank N. Locke/Lock (the son of Wy See “Charles” Lock and Emilis/Eulie Fong). Frank was born in Oregon. Wy was born in China. Emilis was born in California, to parents from China, with her father being named Jong Fong.

Bruce’s paternal grandmother was named Agnes Fong (the daughter of Leua Sue). Agnes was born in Washington. Leua was born in Idaho.

Bruce’s maternal grandmother was Rose Ho Eng (the daughter of Eng Hong and Gee Shee). Rose was born in Washington, to Chinese parents.