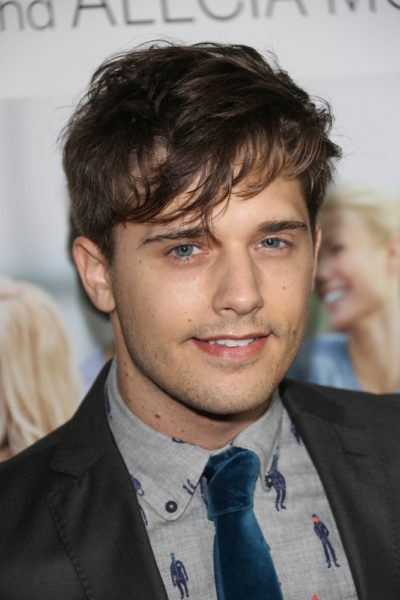 Andy Mientus is an American stage and television actor and singer. Andy is married to actor, singer, and composer Michael Arden.

Andy is the son of Jean Marie (Gleeson) and Robert J. Mientus. Andy has stated that he is of one half Polish, one quarter Italian, and one quarter Irish, descent.

Andy’s paternal grandfather was Joseph A. Mientus (the son of John/Jon Mientus and Annie/Anna Pokracki/Pocratsky). John was Polish. Annie was born in Pennsylvania, to parents from Poland.

Andy’s paternal grandmother was Josephine Chernek (the daughter of Joseph Chernek and Elizabeth Steish/Steis). Joseph was from Poland. Elizabeth was born in Poland, to parents from Austria.