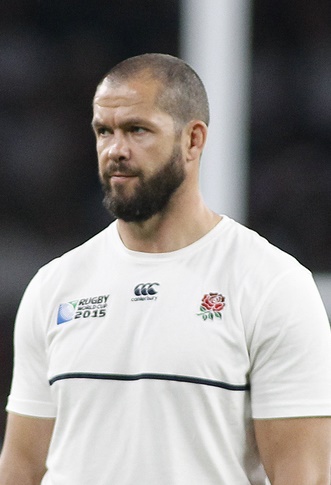 Farrell in 2015, photo by sportsphotographer.eu/Bigstock.com

Andy is the son of Carol and Peter Farrell. He is married to Colleen (O’Loughlin), with whom he is the father of rugby union star Owen Farrell. He is also related to rugby league footballers Liam Farrell and Connor Farrell.

Everyone from the north-west of England is from Ireland anyway. You go from Liverpool straight across the east Lancs to Manchester and it’s full of Irish. I’ve got [Dublin] ancestry that goes back three or four generations, and so has my wife.