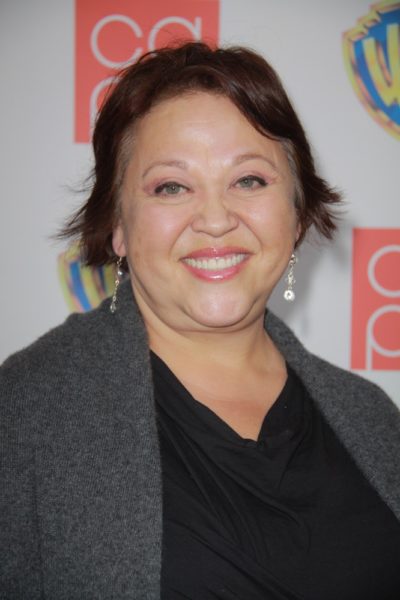 Amy Hill is an American stand-up comedian and actress.

Amy is the daughter of Ayako (Yoneoka) and Archie Russell Chester Hill. Amy’s father was born in South Dakota. Amy’s mother was from Kumamoto, Japan, and moved to the U.S. in 1952. Amy has a daughter, Penelope, who has performed with her.

My mom was an immigrant Japanese war bride with thick accent who insisted on putting Japanese food in my lunch. I went to an all-white elementary school with a white collar population. My dad was blue collar Finnish American with a mid-western Finn attitude and accent who struggled to keep a job. We were super poor and I was shunned by most kids and disliked by some teachers due to the my mixed heritage. As I grew older and learned how the others lived, my parents and my family was closer to being All-American than any of the others.

Amy’s paternal grandfather was August Hill (the son of John Hill and Kaisa/Kaiza Keltamaki/Keldamaki). August was born in Finland. Kaisa was born in Lapua.

Amy’s paternal grandmother was Olga L. Stevenson/Stephenson (the daughter of Mike Stephensen/Stevenson and Sophia/Sofia Alakraka). Olga was born in Illinois, to Finnish parents.