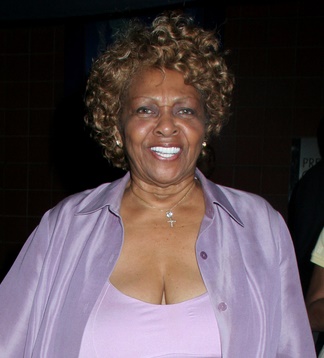 Houston in 2007, photo by prphotos

Ethnicity: African-American, with a small amount of English/Irish/Scottish

Cissy Houston is an American soul and gospel singer.

She is the daughter of Adelia/Delia/Dealyer Mae (McCaskill) and Nitcholas Auther Drinkard. Cissy has a son, basketball player Gary Garland, with her former husband Freddie Garland; and two children, including singer and actress Whitney Houston, with her former husband, administrator and entertainment executive John Russell Houston, Jr. She is the maternal grandmother of Bobbi Kristina Brown. Cissy is the aunt of singer Dionne Warwick.

Cissy’s parents were both African-American, and she also has a small amount of English, Irish, and Scottish ancestry. Cissy stated in an interview that she also has Dutch and Native American ancestry. It is not clear if this ancestry has been verified/documented.

Cissy’s maternal grandmother was Emma L. Houston (the daughter of Oliver Houston and Rachel/Rachael Hill). Emma was born in Florida.

Cissy speaks of their ancestors – http://www.youtube.com