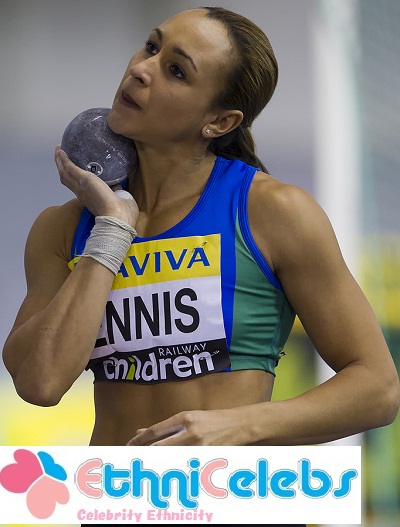 Jessica Ennis-Hill is a British track and field athlete from England, specialising in multi-eventing disciplines and 100 metres hurdles. She competed in the heptathlon and pentathlon. She was previously known under her maiden name, Jessica Ennis. She is married to Andy Hill, with whom she has two children.

Jessica was born to a black father and a white mother, Alison M. (Powell).

Jessica’s maternal grandparents are Rodney Powell and Margaret Ollerenshaw (the daughter of Raymond Lancelot Ollerenshaw and Mary Elliott). Raymond was a sheep farmer, who received an OBE for services to farming; he also presented on the television show One Man and His Dog. Raymond was the son of Arthur Ollerenshaw and Ethel Spittelhouse.