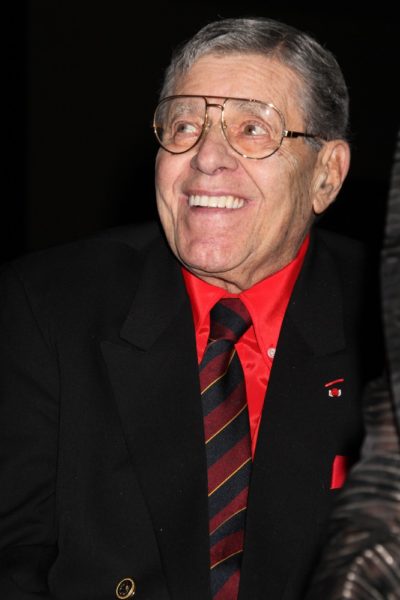 Jerry Lewis was an American actor, comedian, singer, writer, director, producer, and humanitarian. He was part of the comedy duo Martin and Lewis, with Dean Martin. He was nicknamed “The King of Comedy.”

His parents, entertainers Rachel “Ray” (Brodsky) and Daniel Levitch, were both from Jewish families (from Poland and Russia). His father was born in New York. His mother was born in Russia, and moved to the U.S. around 1904.

Jerry was married to ballerina and stewardess SanDee Pitnick, until his death. He had six children with his former wife, singer Patti Palmer (born Esther Grace Calonico); and a daughter with SanDee. Among his children with Patti is musician Gary Lewis.

Jerry’s paternal grandfather was named Morris Levitch. Morris was a Jewish emigrant, from either Poland or Russia, depending on the census.

Jerry’s paternal grandmother was named Hannah Werstein (the daughter of Yitzchak/Yitzhak Leib “Isaac” Werstein and Lena). Hannah was a Russian Jewish immigrant. Yitzchak was the son of Lazarus Werstein and Leah Rose Theintj.

Jerry’s maternal grandmother was named Sarah Kaufman (the daughter of Abraham Kaufman). Sarah was a Russian Jewish immigrant. Sarah was born in Mazowieckie.