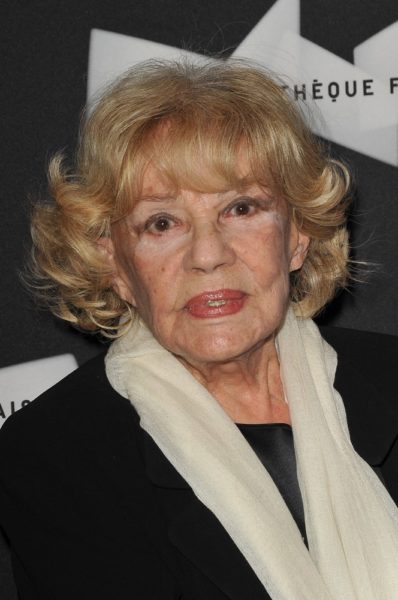 Jeanne Moreau was a French actress, singer, screenwriter, and director. She was one the biggest stars of French cinema.

Jeanne was the daughter of Kathleen Sarah (Buckley), a dancer, who worked at the Folies Bergère, and Anatole Désiré Moreau, a restaurateur. Her father was French. Her mother was English, from Oldham, Lancashire, and was of Irish and English descent. Jeanne had a son with her former husband, actor, film director, and scriptwriter Jean-Louis Richard.

Jeanne’s paternal grandmother was Pierre Moreau (the son of Marien Moreau and Petronille Martin). Pierre was born in Mazirat, Allier, Auvergne. Marien was the son of André Moreau and Françoise Bodeau. Petronille was the daughter of Antoine Martin and Marie Gaume.

Jeanne’s maternal grandfather was Granville Buckley (the son of William Henry Buckley and Sarah Eastwood). Granville was born in Lancashire, England. William was the son of Samuel Buckley and Mary. Sarah was the daughter of James Eastwood and Ann Radcliffe.

Jeanne’s maternal grandmother was Eliza/Elizabeth Ann Clancy (the daughter of William Clancy and Ellen Jolley). Eliza was born in Lancashire, England. William was the son of Tobias Clancy and Ann Holland Croysdale. Ellen may have been from Mayo, Ireland.

Genealogy of Jeanne Moreau (focusing on her father’s side) – https://www.geni.com