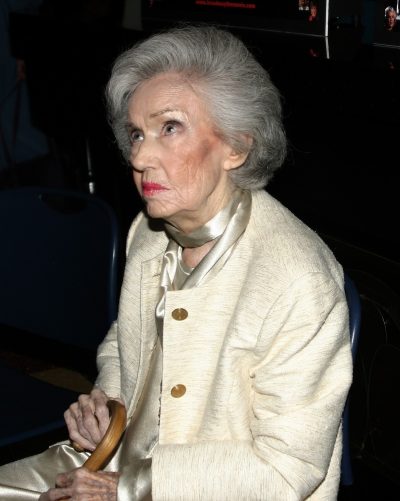 Fay Wray was an American actress. She starred as Ann Darrow in King Kong (1933).

Fay was the daughter of Elvina Marguerite (Jones) and Joseph Heber Wray. Her father was born in Hull, Yorkshire, England. Her mother was from Salt Lake City, Utah. Fay was raised in Utah, including in Salt Lake City and Lark.

She officially became a U.S. citizen in 1933. She was married to screenwriter and playwright Robert Riskin, until his death, and to neurosurgeon Sanford Rothenberg, until her death. She had a daughter with her former husband, novelist, screenwriter, and film director John Monk Saunders, and two children – including author and psychologist Victoria Riskin, and Robert Riskin, Jr., who co-owns McCabe’s Guitar Shop – with Robert.

Fay’s maternal grandfather was Daniel Webster Jones (the son of Wiley Jones and Margaret Scott Cloyd). Daniel was born in Missouri, and was an LDS (Mormon) pioneer. Wiley was the son of Aquila Jones and Lettie Hooper. Margaret was the daughter of David Cloyd and Sarah Marshall.

Genealogy of Fay Wray (focusing on her mother’s side) – http://www.americanancestors.org