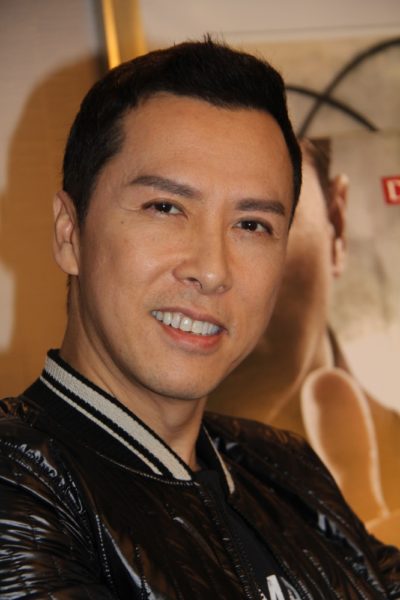 Donnie Yen is a Hong Kong actor, martial artist, film director, producer, action choreographer, and stuntperson. He is a multiple-time world wushu tournament champion, and is known as one of Hong Kong’s biggest action stars.

His father, Klyster Yen, is a newspaper editor. His mother, Bow-sim Mark, is a martial arts master, and founder of the Chinese Wushu Research Institute. He moved with his family to Hong Kong when he was two years old, and to Boston, Massachusetts, when he was eleven. His sister, Chris Yen, is also a martial artist and actor.

Donnie has mainly acted in the Hong Kong family industry.

Donnie is married to beauty queen Cissy Wang. He has a son with his former wife, Leung Zing Ci; and two children with Cissy.