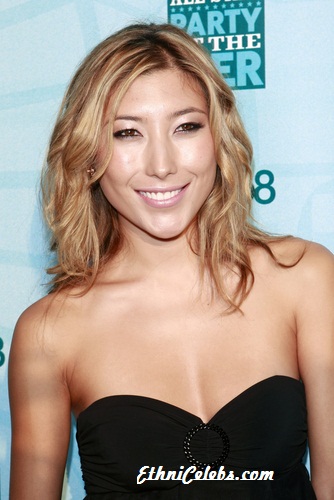 Dichen Lachman is an Australian actress and producer.

My father’s from Australia and my mother was born in India but she’s actually Tibetan. I was born in Katmandu, lived there until I was eight and then moved to Australia with my mother and father. So yeah, I’m very mixed up, been to many different schools.

Dichen is a Nepalese name.

Dichen is married to Austrian-born actor Maximilian Osinski, with whom she has a daughter.

Dichen’s paternal grandfather was Gustav Rudolf Lachman (the son of August Wilhelm Rudolf Lachmann and Mary Sach). Gustav was of German descent. August was the son of Hermann Julius August Lachmann and Auguste Caroline Schröder. Mary was the daughter of Frederick Sach and Christina K. Luckhardt.