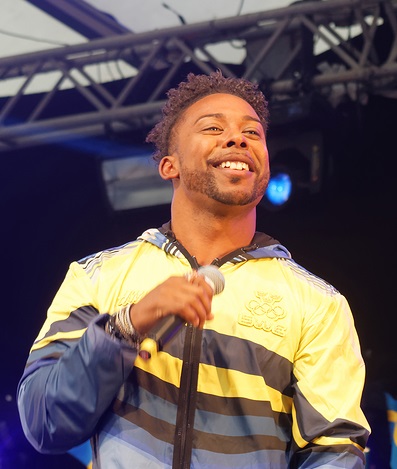 Lundvik in 2016, photo by Hans_Chr/Bigstock.com

John Lundvik is a Swedish singer, songwriter, and sprinter. He represented Sweden in the Eurovision Song Contest 2019.

He was adopted by a Swedish couple, Jane Maria (Lundqvist) and Bengt John Lundvik, living in the city when he was one week old. He continued to live in England until the age of six, when his family moved to Växjö in southern Sweden. It is not publicly known who his biological parents are.

He has two children with his partner, Panagiotta “Jotta” Martidou.