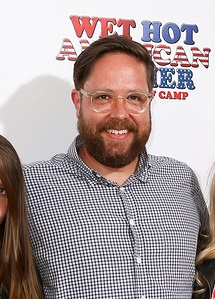 Orth in 2015, photo by Debby Wong/www.bigstockphoto.com/

Zak Orth is an American actor.

Zak is the son of Jane, a piano teacher, and Robert Orth, an opera singer.

Zak’s paternal grandfather was Carl Phillip Orth (the son of Carl/Karl Phillip Orth and Caroline/Karoline/Carolina Pfaff). Zak’s grandfather Carl was born in Banja Luka/Banjaluka, Bosnia and Herzegovina, to ethnic German parents. Zak’s great-grandfather Carl was the son of Friedrick/Friederich Orth and Phillipina/Philippine Bieber. Caroline was born in Budapest, the daughter of Peter Pfaff and Elisabeth/Elizabeth Butscher/Butcher.

Zak’s maternal grandmother was Ellen Lillian Menard (the daughter of Edward Emile Menard and Clara Anne Marie Oehldrich). Ellen was born in Illinois. Edward was the son of Toussaint Samuel Maynard, who was French-Canadian, and of Lucy C. Cottin/Cotton, whose parents were Canadian. Clara was the daughter of William/Wilhelm Earnest Oehldrich, whose parents were German, and of Anna Fenn, whose father was English, from Essex, and whose mother was German.