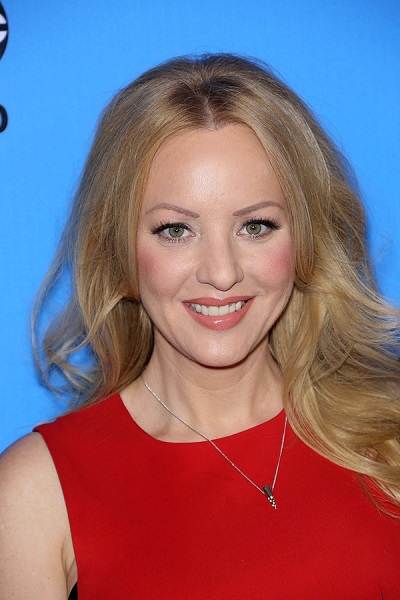 McLendon-Covey in 2013, photo by s_bukley/Bigstock.com

Wendi McLendon-Covey is an American actress, comedian, producer, and writer. She is known for her roles in the film Bridesmaids and on the show The Goldbergs. She is married to Greg Covey.

Wendi’s paternal grandmother was Ruth Elizabeth Staggs (the daughter of Paul David Staggs and Jennie Elizabeth Worley). Ruth was born in California. Paul was the son of Albert Grant Staggs and Katherine/Katheryn Barnett. Jennie was the daughter of John David Worley and Elizabeth Jane Hughes.

Wendi’s maternal grandmother is Lois E. Rife (the daughter of Claud Houston Rife and Bertha Ora Piercy). Lois was born in Arkansas. Claud was the son of Sylvester Graham Rife and Sarah Bellvena Houston. Bertha was the daughter of Edward Piercy and Martha Susan Berry.