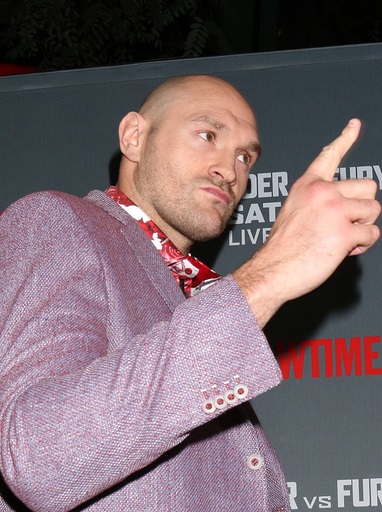 Fury in 2018, photo by kathclick/Bigstock.com

Tyson Fury is a British professional boxer. He is a two-time heavyweight world champion. He is nicknamed “Gypsy King.” He was born to an Irish traveler family who are often referred to as Irish Gypsies, hence the nickname. Irish travelers are not related to Romani people and are ethnically Irish. His father’s name is John Fury.

His paternal lineage is originally from Tuam, County Galway, and their surname, “Fury,” is said to be derived from the name “Ó Fiodhabhra.” His mother was born in Belfast, and his maternal ancestry has roots in County Tipperary.

Tyson is married to Paris Mullroy, with whom he has five children.