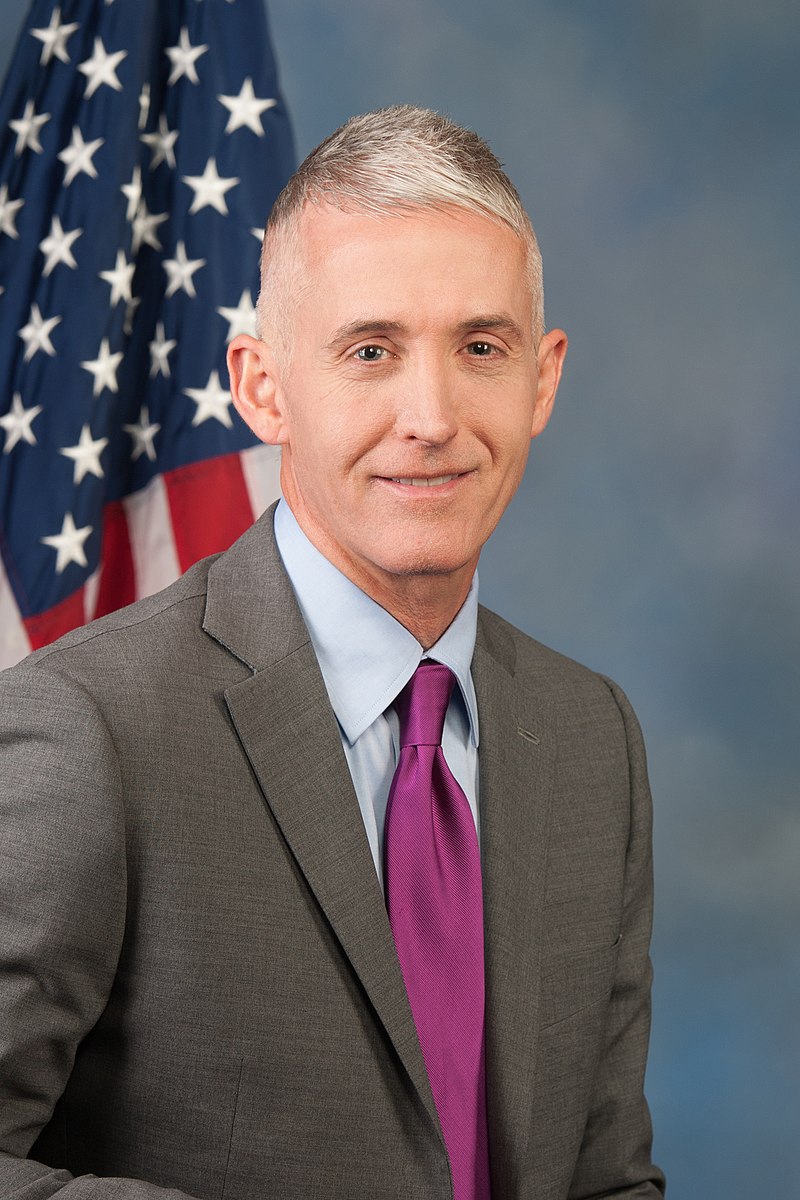 Ethnicity: English, some German and Swiss-German, likely some Welsh

Trey is the son of Novalene (Evans) and Harold Watson “Hal” Gowdy, Jr. He is married to Terri Dillard, with whom he has two children.

Trey’s paternal grandfather was Harold Watson Gowdy (the son of Simon Watson Gowdy and Cora Rickenbaker). Harold was born in South Carolina. Simon was the son of Benjamin Lawrence Gowdy and Adeline James. Cora was the daughter of Fuller Thompson Rickenbaker and Pauline E. Able.

Trey’s maternal grandmother was Jessie Lee Cox (the daughter of John Richard Cox and Sara Jane Stone). Jessie was born in South Carolina. John was the son of William James Cox and Elizabeth Stone. Sara was the daughter of James Phillip Stone and Malinder Ellen Thomas.

Sources: Genealogy of Trey Gowdy (focusing on his father’s side) – https://www.geni.com