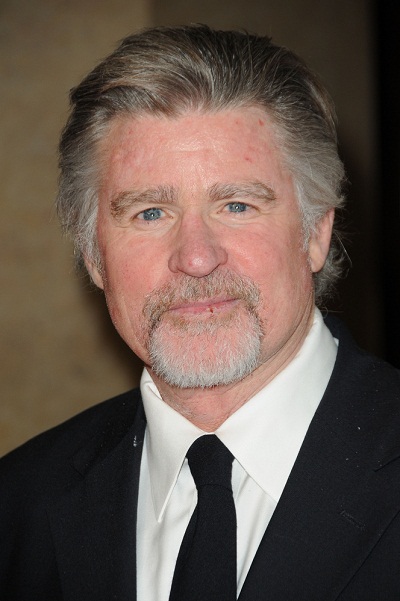 Williams in 2011, photo by Prphotos.com

Treat Williams is an American actor and children’s book author.

Treat is the son of Marian (Andrew), an antiques dealer, and Richard Norman Williams, a corporate executive. He is married to Pam Van Sant, with whom he has two children.

Treat’s paternal grandfather was William Norman Williams (the son of S. John/Samuel John Williams and Annie/Jennie). William was born in New York. S. John was English. Annie was Canadian, and the daughter of English parents.

Treat’s paternal grandmother was Blanche Mott (the daughter of Charles Case Mott and Luella Ostrander). Blanche was born in New York. Charles was the son of Tallman Mott and Cornelia Case. Luella was the daughter of George Ostrander and Josephine Colliton.

Treat’s maternal grandmother was Eleanor Barnum (the daughter of Richard Nicholas/Nicholls Barnum and Marian Hutchinson/Hutchison Cocks). Eleanor was born in Connecticut. Treat’s great-grandfather Richard was the son of Charles William Barnum and Mary Elizabeth Nichols/Nicholls. Charles’s father, Treat’s great-great-great-grandfather, was William Henry Barnum, a Democratic politician, who served as a U.S. Senator from Connecticut, from May 18, 1876 to March 4, 1879, and who was a third cousin of showman and politician P. T. Barnum. Marian was the daughter of John James Cocks/Cox and Florence Eliza Hutchison/Hutchinson.

Genealogy of Treat’s paternal grandmother, Blanche Mott (focusing on her father’s side) – http://worldconnect.rootsweb.ancestry.com

Genealogy of Treat Williams (focusing on his mother’s side) – http://worldconnect.rootsweb.ancestry.com