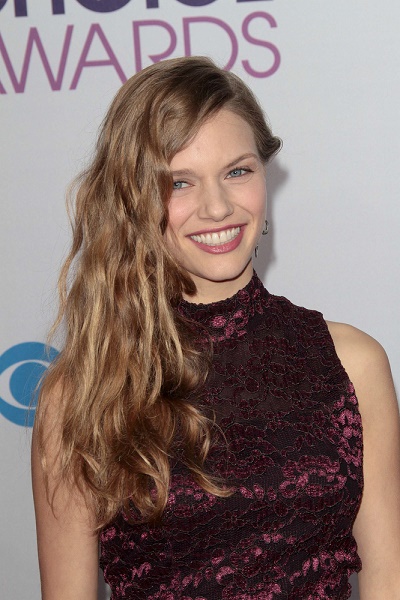 Spiridakos in 2013, photo by Prphotos.com

Tracy Spiridakos is a Canadian actress.

Her parents, George and Anastasia Spiridakos, are Greek. After she was born in Canada, they moved back to Greece, at Skala, the birthplace of her father. Tracy lived in Greece until she was nine years old. She strongly identifies with her Greek heritage and speaks fluent Greek.