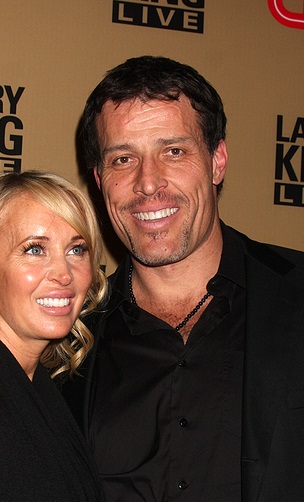 Robbins in 2010, photo by kathclick/Bigstock.com

Tony Robbins is an American author, coach, speaker, and philanthropist.

His father was from Wisconsin, and was of Croatian descent. His mother was born in California, and was mostly of English, German, Scottish, French, and Scots-Irish/Northern Irish ancestry. His surname Robbins comes from his stepfather.

Tony is married to “Sage” Robbins. He has a son, performance coach and motivational speaker Jairek Robbins, with his former partner Liz Acosta; and adopted his former wife Becky’s three children. He is 6 ft 7 in.