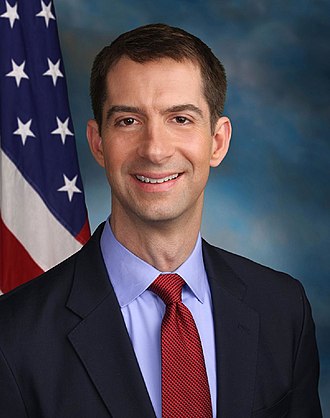 Tom is the son of Avis, a school teacher and principal, and Thomas Leonard Cotton, who worked for the Arkansas Department of Health. Tom is married to Anna Peckham, with whom he has two children.

Tom’s maternal grandfather is Posie Herbert Bryant (the son of Samuel Homer Bryant and Sarah Ellen Farrow). Posie was born in Arkansas. Samuel was the son of Thomas J. Bryant and Mary Jane Walpole. Sarah was the daughter of Posie Farrow and Susie/Susan Ann Meredith.

Genealogy of Tom Cotton (focusing on his father’s side) – http://www.genealogy.com