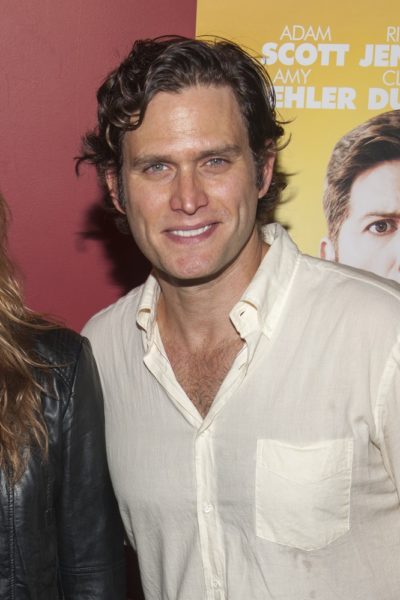 Pasquale in 2013, photo by Prphotos.com

Steven Pasquale is an American actor. His roles include Rescue Me, Six Feet Under, Aliens vs. Predator: Requiem, American Son, and The People v. O. J. Simpson: American Crime Story.

Steven is the son of Pamela and Michael Pasquale, a businessperson. Steven is married to actress and singer Phillipa Soo.

Steven’s paternal grandfather was Thomas Louis Pasquale (the son of Donato Mario Pasquale and Mary Anna Giammetta). Thomas was born in Newark, New Jersey, to Italian parents. Donato was from Pietracatella, Molise, and was the son of Tommaso Pasquale and Marianna Di Ielse. Mary Anna was the daughter of Luigi Giammetta and Carmela Russo.

Steven’s paternal grandmother was Martha Amelia Feaster (the daughter of Edgar William Feaster and Nettie Gertrude Doty). Martha was born in Frederick, Maryland, and had deep roots in the U.S. Edgar was the son of Harman Feaster and Emma Amelia Shaff. Nettie was the daughter of Corp. Abner Delos Doty and Emily Jane Porter.

Steven’s maternal grandfather was Herbert U. Braun (the son of Julius Braun and Pauline Braunbach). Herbert was born in Newark, New Jersey, to German parents.